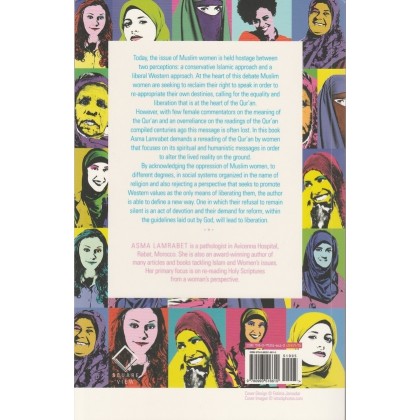 RM70.00
Women in the Qur'an: An Emancipatory Reading

Women in the Qur'an: An Emancipatory Reading - Softcover

Today, the issue of Muslim women is held hostage between two perceptions: an ultra-conservative Islamic approach and a liberal Western approach. At the heart of this debate Muslim women are finding their voices and calling for the rejuvenation of the Islamic spirit of equality and liberation that is at the heart of the Qur’an.

However, with few female commentators on the meaning of the Qur’an and an overreliance on the readings of the Qur’an compiled centuries ago in different circumstances to today, this message is often lost.

By acknowledging the systemic injustice frequently experienced by Muslim women in today’s societies in the name of religion; and also rejecting a perspective that seeks to promote Western values as the only means of liberating them, the author is able to define a third way. One in which their refusal to remain silent in the face of injustice is an act of devotion and their demand for reform, within the guidelines laid out by God, will lead to liberation.