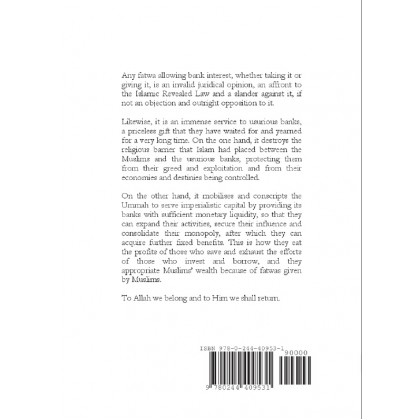 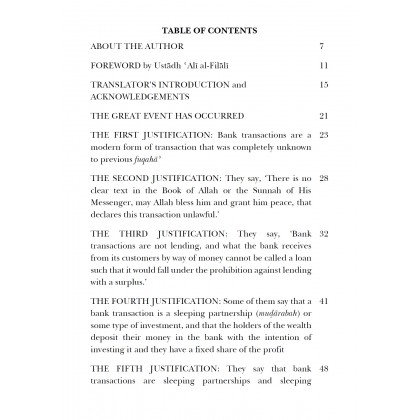 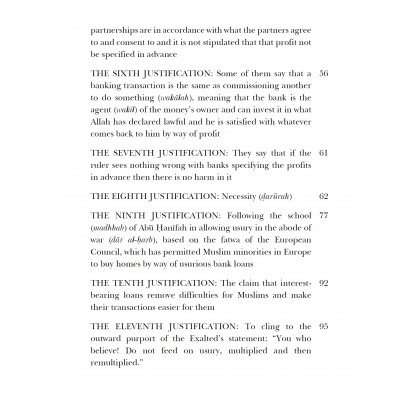 RM70.00
The Great Event Has Occurred: Usury has Become Permissible

Any fatwa allowing bank interest, whether taking it or giving it, is an invalid juridical opinion, an affront to the Islamic Revealed Law and a slander against it, if not an objection and outright opposition to it.

It is also an immense service to usurious banks, a priceless gift that they have waited for and yearned for a very long time. On the one hand, it destroys the religious barrier that Islam had placed between the Muslims and the usurious banks, protecting them from their greed and exploitation and from their economies and destinies being controlled.

On the other hand, it conscripts the Ummah to serve imperialistic capital by providing its banks with sufficient monetary liquidity, so that they can expand their activities and consolidate their monopoly, after which they can acquire further fixed benefits. This is how they eat the profits of those who save and exhaust the efforts of those who invest and borrow, and they appropriate Muslims’ wealth because of fatwas given by Muslims.

THE GREAT EVENT HAS OCCURRED

THE FIRST JUSTIFICATION: Bank transactions are a modern form of transaction that was completely unknown to previous fuqahāʾ

THE SECOND JUSTIFICATION: They say, ‘There is no clear text in the Book of Allah or the Sunnah of His Messenger, may Allah bless him and grant him peace, that declares this transaction unlawful.’

THE THIRD JUSTIFICATION: They say, ‘Bank transactions are not lending, and what the bank receives from its customers by way of money cannot be called a loan such that it would fall under the prohibition against lending with a surplus.’

THE FOURTH JUSTIFICATION: Some of them say that a bank transaction is a sleeping partnership (muḍārabah) or some type of investment, and that the holders of the wealth deposit their money in the bank with the intention of investing it and they have a fixed share of the profit

THE SIXTH JUSTIFICATION: Some of them say that a banking transaction is the same as commissioning another to do something (wakālah), meaning that the bank is the agent (wakīl) of the money’s owner and can invest it in what Allah has declared lawful and he is satisfied with whatever comes back to him by way of profit

THE SEVENTH JUSTIFICATION: They say that if the ruler sees nothing wrong with banks specifying the profits in advance then there is no harm in it

THE NINTH JUSTIFICATION: Following the school (madhhab) of Abū Ḥanīfah in allowing usury in the abode of war (dār al-ḥarb), based on the fatwa of the European Council, which has permitted Muslim minorities in Europe to buy homes by way of usurious bank loans

THE TENTH JUSTIFICATION: The claim that interest-bearing loans remove difficulties for Muslims and make their transactions easier for them

THE ELEVENTH JUSTIFICATION: To cling to the outward purport of the Exalted’s statement: “You who believe! Do not feed on usury, multiplied and then remultiplied.”

THE TWELFTH JUSTIFICATION: To say that taking out a mortgage to buy a home has an undoubted benefit for the borrower embodied in the ownership of a home in the end, and in that he is exempt from taxes for the duration of the loan

APPENDIX A: Understanding Ḍarūrah and Ḥājjah and Their General Rules

APPENDIX B: Is it permissible to take out a mortgage? (Refuting the European “Fatwa” Council)

APPENDIX C: The Abodes of the Earth