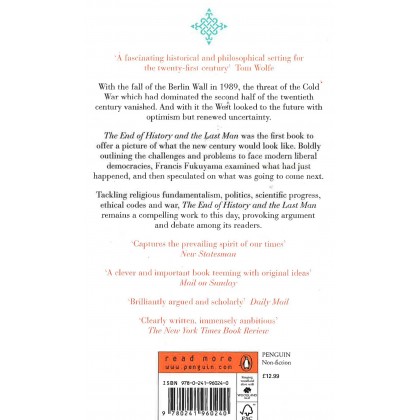 The End Of History And The Last Man - Softcover

With the fall of Berlin Wall in 1989 the threat of the Cold War which had dominated the second half of the twentieth century vanished. And with it the West looked to the future with optimism but renewed uncertainty.

The End of History and the Last Man was the first book to offer a picture of what the new century would look like. Boldly outlining the challenges and problems to face modern liberal democracies, Frances Fukuyama examined what had just happened and then speculated what was going to come next.

Tackling religious fundamentalism, politics, scientific progress, ethical codes and war, The End of History and the Last Man remains a compelling work to this day, provoking argument and debate among its readers.