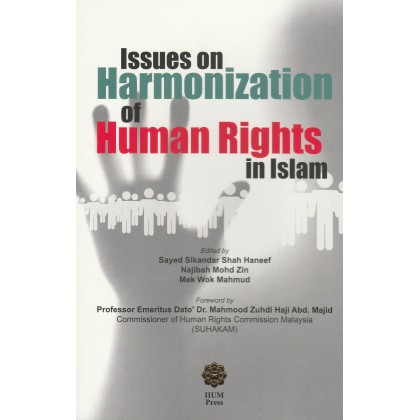 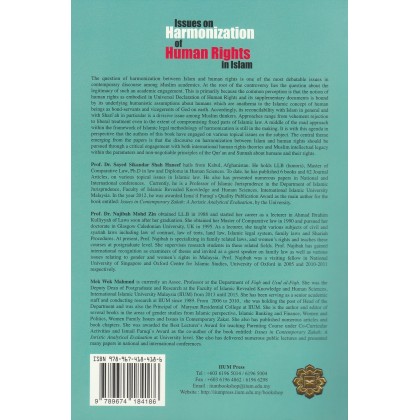 Issues on Harmonization of Human Rights in Islam - Softcover

The question harmonization between Islam and human rights is one of the most debatable issues in contemporary discourse among Muslim academics. At the root of the controversy lies the question about the legitimacy of such an academic engagement. This is primarily because the common perception is that the notion of human rights as embodied in Universal Declaration of Human Rights and its supplementary documents is bound by its underlying humanistic assumptions about humans which are anathema to the Islamic concept of human beings as bond-servants and vicegerents of God on earth. Accordingly, its reconcilability with Islam in general and with Shari`ah in particular is a divisive issue among Muslim thinkers. Approaches range from vehement rejection to liberal treatment even to the extent of compromising fixed parts of Islamic law. A middle of the road approach within the framework of Islamic legal methodology of harmonization is still in the making. It is with this agenda in perspective that the authors of this book have engaged on various topical issues on the subject. The central theme emerging from the papers is that the discourse on harmonization between Islam and human rights should be conducted through a critical engagement with both international human rights theories and Muslim intellectual legacy within the parameters and non-negotiable principles of the Qur`an and Sunnah about humans and their rights.