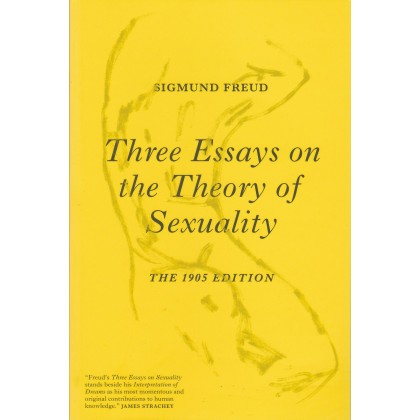 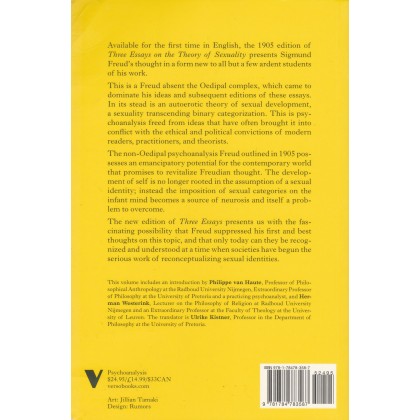 RM84.00
Three Essays on the Theory of Sexuality

Three Essays on the Theory of Sexuality - Softcover

Available for the first time in English, the 1905 edition of Three Essays on the Theory of Sexuality presents Sigmund Freud’s thought in a form new to all but a few ardent students of his work.

This is a Freud absent the Oedipal complex, which came to dominate his ideas and subsequent editions of these essays. In its stead is an autoerotic theory of sexual development, a sexuality transcending binary categorization. This is psychoanalysis freed from ideas that have often brought it into conflict with the ethical and political convictions of modern readers, practitioners, and theorists.

The non-Oedipal psychoanalysis Freud outlined in 1905 possesses an emancipatory potential for the contemporary world that promises to revitalize Freudian thought. The development of self is no longer rooted in the assumption of a sexual identity; instead the imposition of sexual categories on the infant mind becomes a source of neurosis and itself a problem to overcome.

The new edition of Three Essays presents us with the fascinating possibility that Freud suppressed his first and best thoughts on this topic, and that only today can they be recognized and understood at a time when societies have begun the serious work of reconceptualizing sexual identities.