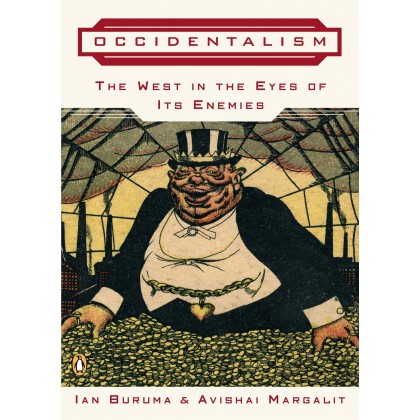 RM71.00
Occidentalism : The West in the Eyes of its Enemies
Notify Me

Occidentalism : The West in the Eyes of its Enemies - softcover

Twenty-five years ago, Edward Said’s Orientalism spawned a generation of scholarship on the denigrating and dangerous mirage of “the East” in the Western colonial mind. But “the West” is the more dangerous mirage of our own time, Ian Buruma and Avishai Margalit argue, and the idea of “the West” in the minds of its self-proclaimed enemies remains largely unexamined and woefully misunderstood. Occidentalism is their groundbreaking investigation of the demonizing fantasies and stereotypes about the Western world that fuel such hatred in the hearts of others.

We generally understand “radical Islam” as a purely Islamic phenomenon, but Buruma and Margalit show that while the Islamic part of radical Islam certainly is, the radical part owes a primary debt of inheritance to the West. Whatever else they are, al Qaeda and its ilk are revolutionary anti-Western political movements, and Buruma and Margalit show us that the bogeyman of the West who stalks their thinking is the same one who has haunted the thoughts of many other revolutionary groups, going back to the early nineteenth century. In this genealogy of the components of the anti-Western worldview, the same oppositions appear again and again: the heroic revolutionary versus the timid, soft bourgeois; the rootless, deracinated cosmopolitan living in the Western city, cut off from the roots of a spiritually healthy society; the sterile Western mind, all reason and no soul; the machine society, controlled from the center by a cabal of insiders—often Jews—pulling the hidden levers of power versus an organically knit-together one, a society of “blood and soil.” The anti-Western virus has found a ready host in the Islamic world for a number of legitimate reasons, they argue, but in no way does that make it an exclusively Islamic matter.

A work of extraordinary range and erudition, Occidentalism will permanently enlarge our collective frame of vision.