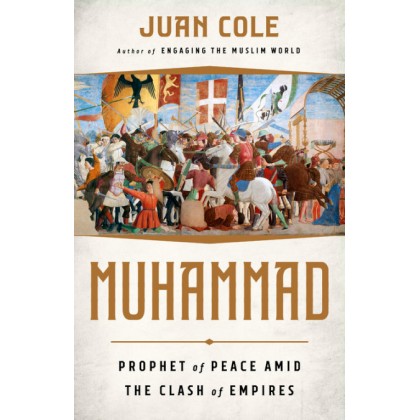 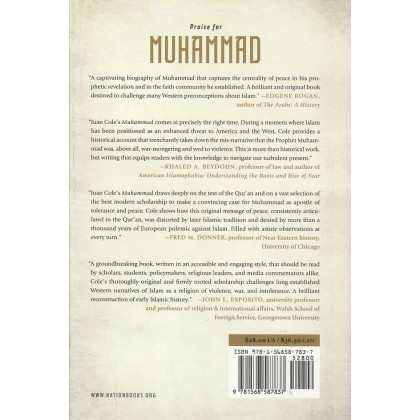 RM136.00
Muhammad: Prophet of Peace Amid the Clash of Empires

Muhammad: Prophet of Peace Amid the Clash of Empires - Hardcover

In the midst of the dramatic seventh-century war between two empires, Muhammad was a spiritual seeker in search of community and sanctuary.

Many observers stereotype Islam and its scripture as inherently extreme or violent-a narrative that has overshadowed the truth of its roots. In this masterfully told account, preeminent Middle East expert Juan Cole takes us back to Islam’s-and the Prophet Muhammad’s-origin story.

Cole shows how Muhammad came of age in an era of unparalleled violence. The eastern Roman Empire and the Sasanian Empire of Iran fought savagely throughout the Near East and Asia Minor. Muhammad’s profound distress at the carnage of his times led him to envision an alternative movement, one firmly grounded in peace. The religion Muhammad founded, Islam, spread widely during his lifetime, relying on soft power instead of military might, and sought armistices even when militarily attacked. Cole sheds light on this forgotten history, reminding us that in the Qur’an, the legacy of that spiritual message endures.

A vibrant history that brings to life the fascinating and complex world of the Prophet, Muhammad is the story of how peace is the rule and not the exception for one of the world’s most practiced religions.