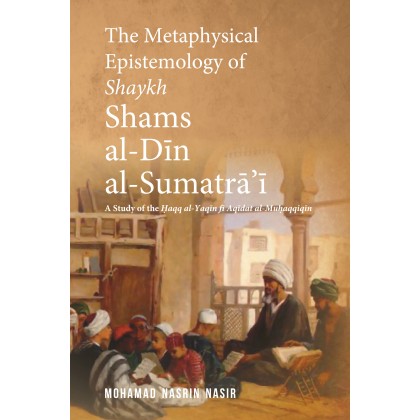 The last major study on Shams al-Din was in 1946. Since then scholars have shied away from discussing this enigmatic scholar. The reason being he has always been seen as a mere follower of Hamzah Fansuri. This book challenges this view as we attempt to show that Shams al-Din was indeed a scholar of his own right. Where Fansuri was inclined to teach with poetry and a few prose works, Sumatra’I was a master of prose and the Haqq al-Yaqin is a testament to that fact. Quoting from many Sufi authors from the school of Ibn ‘Arabi and earlier Sufis, the text is hereby studied and interpreted to ease understanding for the modern reader. Though at times difficult the text testifies to the advanced and complex nature of discussion achieved in Malay Sufi literature. The book also provides the historical connections in Acheh that provides the setting for such advanced metaphysical discussion to flourish. This book would be of interest to persons interested in Sufi literature in Malay as well as those working in the academia most particularly the field of Sufism and Islam in Southeast Asia.