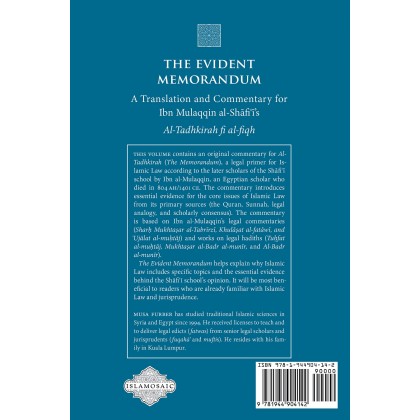 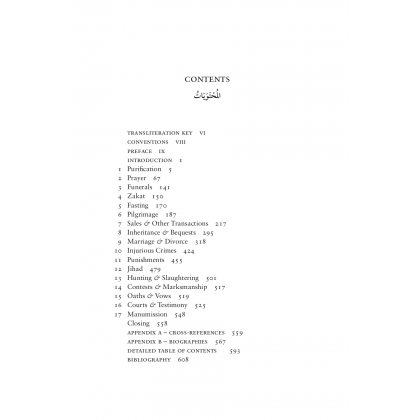 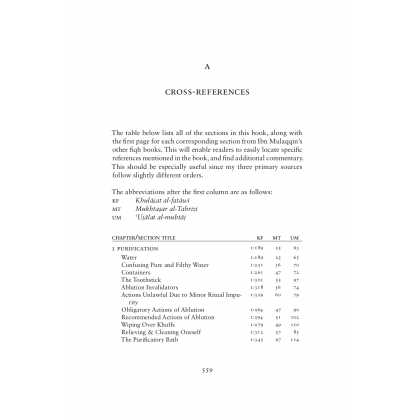 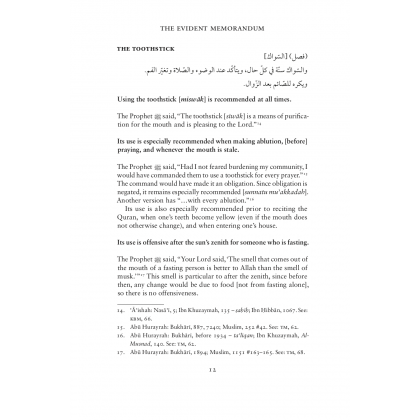 This volume contains an original commentary for Al-Tadhkirah (The Memorandum), a legal primer for Islamic Law according to the later scholars of the Shāfiʿī school by Ibn al-Mulaqqin, an Egyptian scholar who died in 804 AH/1401 CE. The commentary introduces essential evidence for the core issues of Islamic Law from its primary sources (the Quran, Sunnah, legal analogy, and scholarly consensus).

The Arabic text of Al-Tadhkirah is approximately 8,500 words in length. It is two hundred words longer than Abū Shujāʿ al-Aṣfahānī (b. 433AH/1042CE)’s Matn al-ghāyat wa-l-taqrīb (published as The Ultimate Conspectus). Although the two are roughly the same size, Ibn Mulaqqin’s style is more economical than Abū Shujāʿ’s, allowing him to cover more within the same word count. And while Ibn Mulaqqin discusses more issues, he does occasionally skip a few details that Abū Shujāʿ includes.

The primary sources for comments in this book are Ibn Mulaqqin’s books of fiqh, including Sharḥ Mukhtasar al-Tabrīzī, ʿUjālat al-muḥtāj, and Khulāṣat al-fatāwī. The bulk of the commentary comes from Sharḥ Mukhtaṣar al-Tabrīzī. Comments and hadith in the commentary can be sourced back to either one of Ibn Mulaqqin’s fiqh texts or a Shāfiʿī fiqh text through an appendix that cross-references each chapter and section in this book against its sources.  Each hadith mentioned in the book is traced back to its primary sources, along with a reference to one or more of Ibn Mulaqqin’s hadith works. In the few instances where a hadith is not included in one of Ibn Mulaqqin’s works, it is referenced it to a Shāfiʿī text that does. Through this, readers can be assured that the hadiths cited here are ones that Shāfiʿīs themselves use.

Readers will find the book most beneficial after reading The Accessible Conspectus and Sharḥ al-Waraqāt.