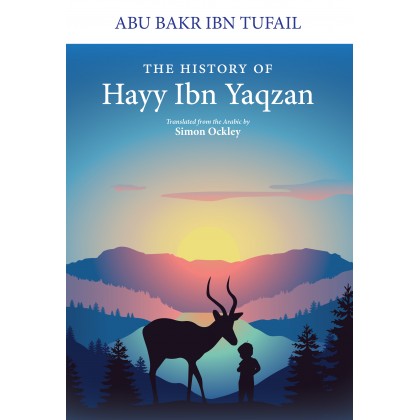 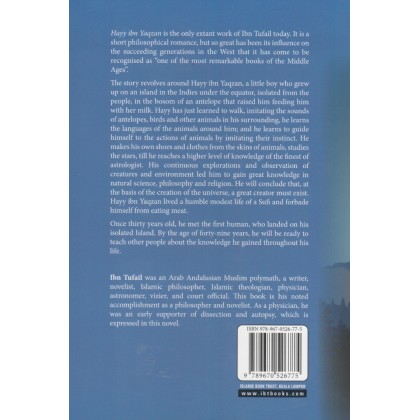 Hayy ibn Yaqzan is the only extant work of Ibn Tufail today. It is a short philosophical romance, but so great has been its influence on the succeeding generations in the West that it has come to be recognised as “one of the most remarkable books of the Middle Ages”.

The story revolves around Hayy ibn Yaqzan, a little boy who grew up on an island in the Indies under the equator, isolated from the people, in the bosom of an antelope that raised him feeding him with her milk. Hayy has just learned to walk, imitating the sounds of antelopes, birds and other animals in his surrounding, he learns the languages of the animals around him; and he learns to guide himself to the actions of animals by imitating their instinct. He makes his own shoes and clothes from the skins of animals, studies the stars, till he reaches a higher level of knowledge of the finest of astrologist. His continuous explorations and observation of creatures and environment led him to gain great knowledge in natural science, philosophy and religion. He will conclude that, at the basis of the creation of the universe, a great creator must exist. Hayy ibn Yaqzan lived a humble modest life of a Sufi and forbade himself from eating meat.

Once thirty years old, he met the first human, who landed on his isolated Island. By the age of forty-nine years, he will be ready to teach other people about the knowledge he gained throughout his life.

The Story of Hayy Ibn Yaqzan