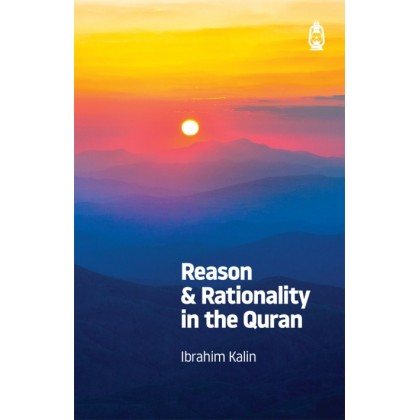 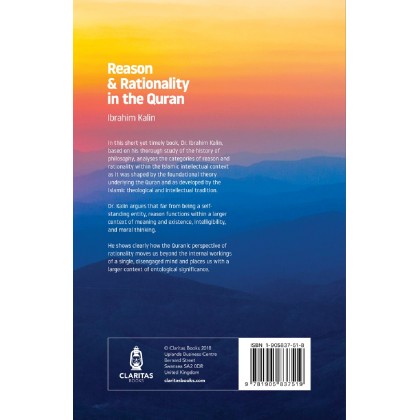 Reason & Rationality in the Quran - Softcover

In this short yet timely book, Dr Ibrahim Kalin, based on his thorough study of the history of philosophy, analyses the categories of reason and rationality within the Islamic intellectual context as it was shaped by the foundational theory underlying the Quran and as developed by the Islamic theological and intellectual tradition. Dr Kalin argues that far from being a self-standing entity, reason functions within a larger context of meaning and existence, intelligibility and moral thinking. He shows clearly how the Quranic perspective of rationality moves us beyond the internal workings of a single, disengaged mind and places us with a larger context of ontological significance.

Dr Ibrahim Kalin currently serves as the Spokesperson to the President of Turkey. He is a former fellow at the Prince Alwaleed Center for Muslim-Christian Understanding, Georgetown University. He received his PhD from George Washington University. As a broadly trained scholar of Islamic studies, he teaches courses on Islamic philosophy and Islam–West relations. His field of concentration is post-Avicennan Islamic philosophy with research interests in comparative philosophy, Muslim–Christian relations and modern Turkish history. Dr Kalin has published widely on Islamic philosophy and the relations between Islam and the West. He is the author of Knowledge in Later Islamic Philosophy: Mulla Sadra on Existence, Intellect and Intuition (Oxford University Press, 2010). His book Islam and the West (published in Turkish) won the 2007 Writers Association of Turkey award for best book. He has also co-authored a major study on Turkish perceptions of the West. He is a regular contributor to several publications on current events and Turkish foreign policy. He has contributed to various encyclopedias including MacMillan Encyclopedia of Philosophy 2nd edition, Encyclopedia of Religion 2nd Edition, Biographical Encyclopedia of Islamic Philosophy, Holy People of the World: A Cross-Cultural Encyclopedia, Oxford Encyclopedia of the Islamic World and Oxford Islamic Studies Online.