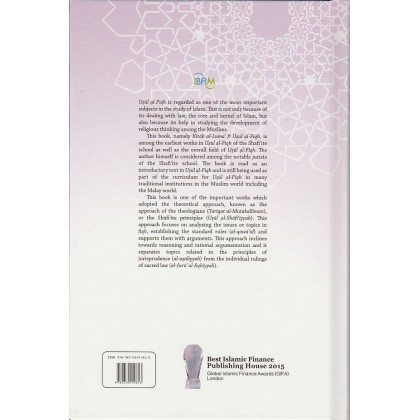 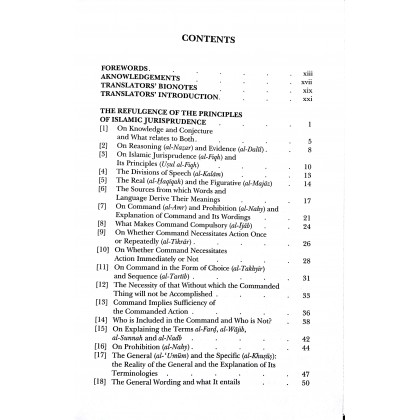 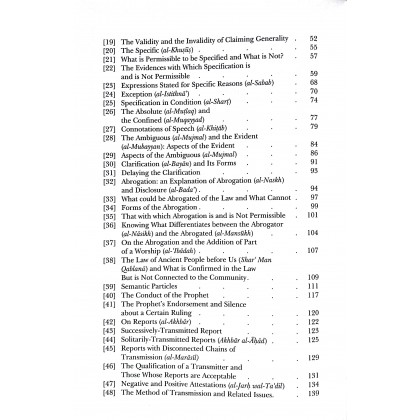 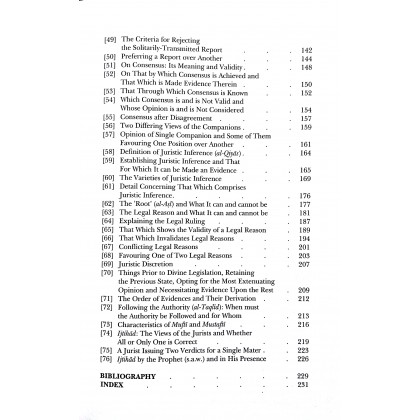 RM70.20 RM78.00
The Refulgence of the Principles of Islamic Jurisprudence

Usul al-Fiqh is regarded as one of the most important subjects in the study of Islam. This is not only because of its dealing with law, the core and kernel of Islam, but also because its help in studying the development of religious thinking among the Muslims.
This book, namely Kitab al-Luma' fi Usul al-Fiqh, is among the earliest works in Usul al-Fiqh of the Shafi'ite school as well as the overall field of Usul al-Fiqh. The author himself is considered among the notable jurists of the Shafi'ite school. The book is read as an introductory text in Usul al-Fiqh as is still being used as part of the curriculum for Usul al-Fiqh in many traditional institutions in the Muslim world including the malay world.
This book is one of the important works which adopted the theoretical approach, known as the approach of the theologians (Tariqat al-Mutakallimun), or the Shafi'ite principles (Usul al-Shafi'iyyah).This approach focusses on analyzing the issues or topics in fiqh, establishing the standard rules (al-Qawa'id) and supports them with arguments. This approach inclines towards reasoning and rational argumentation and it separates topics related to the principles of jurisprudence (al-Usuliyyah) from the individual rulings of sacred law (al-furu' al-fiqhiyyah).
Reviews (0)
view all
back
0
0 reviews
Tags: the-refulgence-of-the-principles-of-islamic-jurisprudence
You Might Like These Too:More