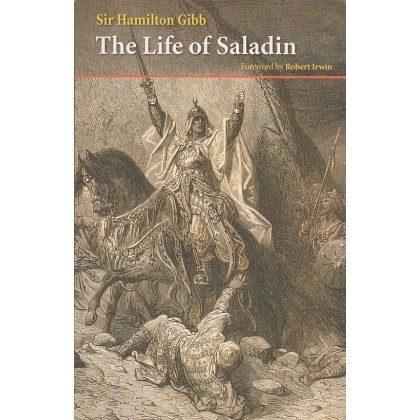 The Life of Saladin - Softcover

Saladin, the Kurdish founder of the Ayyubid Dynasty, ruled Egypt and Syria, made enemies of the fabled Assyrians and conquered Jerusalem in 1187, repelling the Crusaders (and prompting their resurgence in the Third Crusade). His chivalry and impeccably honourable conduct became enshrined in European as well as Muslim lore, influencing a long line of poets and historians.

Carefully researched and thoroughly annotated, Gibb’s classic remains an essential source for historians of the ruler, the region and the period, as well as an excellent introduction for readers whose image of Saladin remains rooted in legend.