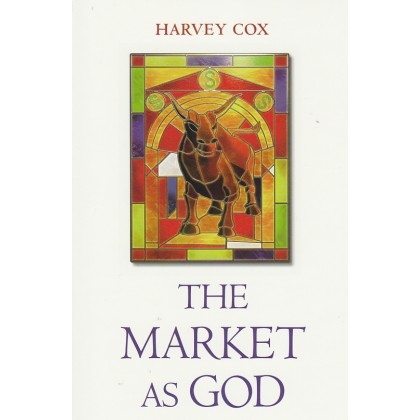 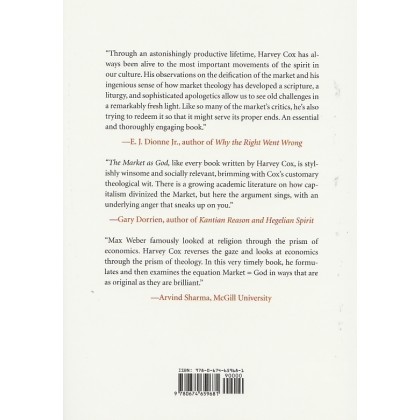 The Market as God - Hardcover

The Market has deified itself, according to Harvey Cox’s brilliant exegesis. And all of the world’s problems—widening inequality, a rapidly warming planet, the injustices of global poverty—are consequently harder to solve. Only by tracing how the Market reached its “divine” status can we hope to restore it to its proper place as servant of humanity.

The Market as God captures how our world has fallen in thrall to the business theology of supply and demand. According to its acolytes, the Market is omniscient, omnipotent, and omnipresent. It knows the value of everything, and determines the outcome of every transaction; it can raise nations and ruin households, and nothing escapes its reductionist commodification. The Market comes complete with its own doctrines, prophets, and evangelical zeal to convert the world to its way of life. Cox brings that theology out of the shadows, demonstrating that the way the world economy operates is neither natural nor inevitable but shaped by a global system of values and symbols that can be best understood as a religion.

Drawing on biblical sources, economists and financial experts, prehistoric religions, Greek mythology, historical patterns, and the work of natural and social scientists, Cox points to many parallels between the development of Christianity and the Market economy. At various times in history, both have garnered enormous wealth and displayed pompous behavior. Both have experienced the corruption of power. However, what the religious have learned over the millennia, sometimes at great cost, still eludes the Market faithful: humility.