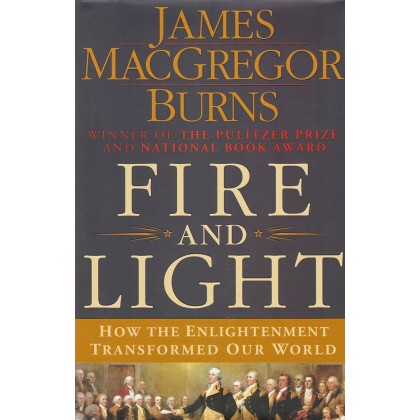 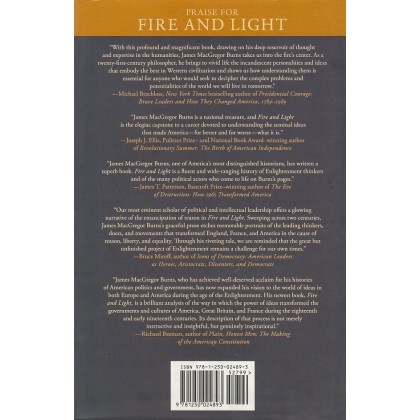 RM75.00
Fire and Light: How the Enlightenment Transformed Our World

*This is an overstock copy. The book is in new condition but expect marking on the edge of the book*

Fire and Light: How the Enlightenment Transformed Our World - Hardcover

In this engaging, provocative history, James MacGregor Burns brilliantly illuminates the two-hundred-year conflagration of the Enlightenment, when audacious questions and astonishing ideas tore across Europe and the New World, transforming thought, overturning governments, and inspiring visionary political experiments. Fire and Light brings to vivid life the galaxy of revolutionary leaders of thought and action who, armed with a new sense of human possibility, driven by a hunger for change, created the modern world. Burns discovers the origins of a distinctive American Enlightenment in men like the Founding Fathers Benjamin Franklin, John Adams, Thomas Jefferson, and James Madison, and their early encounters with incendiary European ideas about liberty and equality. It was these thinker-activists who framed the United States as a grand and continuing experiment in Enlightenment principles.

Today the same questions Enlightenment thinkers grappled with have taken on new urgency around the world: in the turmoil of the Arab Spring, in the former Soviet Union, and China, as well as in the United States itself. What should a nation be? What should citizens expect from their government? Who should lead and how can leadership be made both effective and accountable? What is happiness, and what can the state contribute to it? Burns's exploration of the ideals and arguments that formed the bedrock of our modern world shines a new light on these ever-important questions.