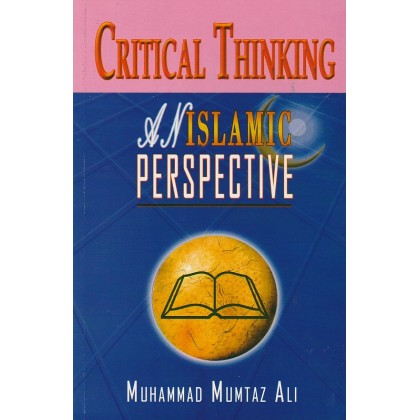 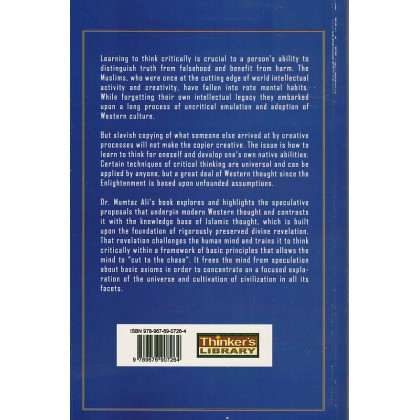 Learning to think critically is crucial to a person's ability to distinguish truth from falsehood and benefit from harm. The Muslims, who were once at the cutting edge of world intellectual activity and creativity, have fallen into rote mental habits. While forgetting their own intellectual legacy they embarked upon a long process of uncritical emulation and adoption of Western culture.

But slavish copying of what someone else arrived at by creative processes will not make the copier creative. The issue is how to learn to think for oneself and develop one's own native abilities. Certain techniques of critical thinking are universal and can be applied by anyone, but a great deal of Western thought since the Enlightenment is based upon unfounded assumptions.

Dr. Mumtaz Ali's book explores and highlights the speculative proposals that underpin modern Western thought and contrasts it with the knowledge base of Islamic thought, which is built upon the foundation of rigorously preserve divine revelation. That revelation challenges the human mind and trains it to think critically within a framework of basic principles that allows the mind to 'cut to the chase'. It frees the mind from speculation about basis axioms in order to concentrate on a focused exploration of the universe and cultivation of civilization in all its facets.