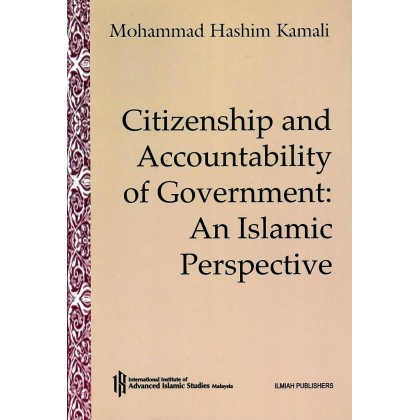 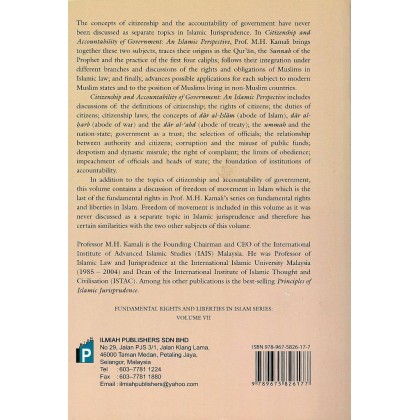 Citizenship and Accountability of Government: An Islamic Perspective - Softcover

Offering insight into the Islamic perspective, this volume covers two subjects that have never before been discussed as separate topics in Islamic jurisprudence—citizenship and the accountability of government. Tracing the origins of the two concepts in the Qur’an, the Sunnah of the Prophet, and the practice of the first four caliphs, it follows their integration under different branches and explores the rights and obligations of Muslims in Islamic law, applying these to the modern world. Topics include: the definitions of citizenship; the rights of citizens; the duties of citizens; citizenship laws; the concepts of dar al-Islam (abode of Islam), dar al-harb (abode of war) and the dar al-'ahd (abode of treaty); the ummah and the nation-state; government as a trust; the selection of officials; the relationship between authority and citizens; corruption and the misuse of public funds; despotism and dynastic misrule; the right of complaint; the limits of obedience; impeachment of officials and heads of state; and the foundation of institutions of accountability.