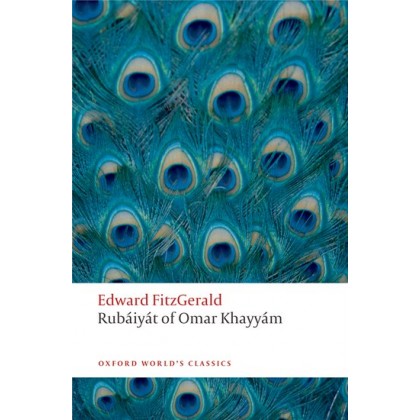 'The Moving Finger writes; and, having writ
Moves on: nor all thy Piety nor Wit
Shall lure it back to cancel half a line
Nor all thy tears wash out a word of it.'

In the 'rubáiyát' (short epigrammatic poems) of the medieval Persian poet, mathematician, and philosopher Omar Khayyám, Edward FitzGerald saw an unflinching challenge to the illusions and consolations of mankind in every age. His version of Omar is neither a translation nor an independent poem; sceptical of divine providence and insistent on the pleasure of the passing moment, its 'Orientalism' offers FitzGerald a powerful and distinctive voice, in whose accents a whole Victorian generation comes to life. Although the poem's vision is bleak, it is conveyed in some of the most beautiful and haunting images in English poetry - and some of the sharpest- edged. The poem sold no copies at all on its first appearance in 1859, yet when it was 'discovered' two years later its first admirers included Dante Gabriel Rossetti, Swinburne, and Ruskin. Daniel Karlin's richly annotated edition does justice to the scope and complexity of FitzGerald's lyrical meditation on 'human death and fate'.