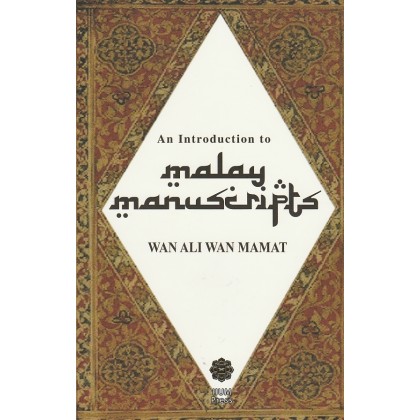 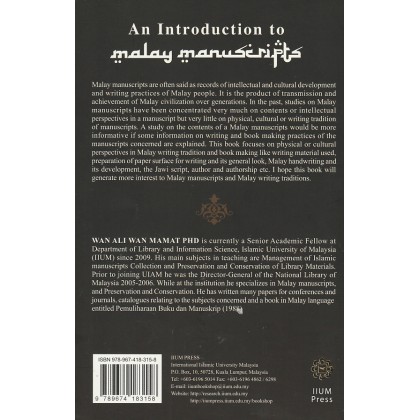 RM50.00
An Introduction to Malay Manuscripts

Malay manuscripts are often said as records of intellectual and cultural development and writing practices of Malay people. It is the product of transmission and achievement of Malay civilization over generations. In the past, studies on Malay manuscripts have been concentrated very much on contents or intellectual perspectives in a manuscript but very little on physical, cultural or writing tradition of manuscripts. A study on the contents of a Malay manuscript would be more informative if some information on writing and book making practices of the manuscripts concerned are explained. This book focuses on physical or cultural perspectives in Malay writing tradition and book making like writing material used, preparation of paper surface for writing and its general look, Malay handwriting and its development, the Jawi script, author and authorship etc. I hope this book will generate more interest to Malay manuscripts and Malay writing traditions.