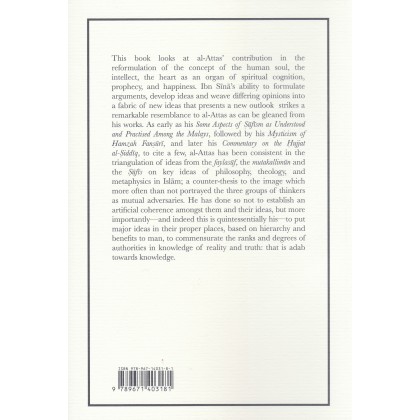 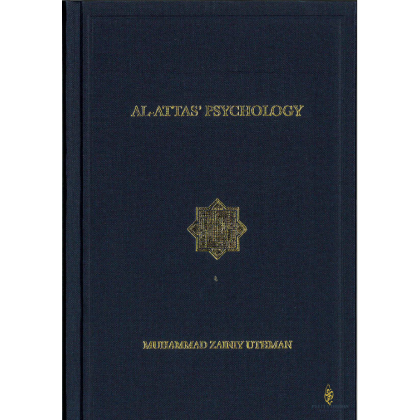 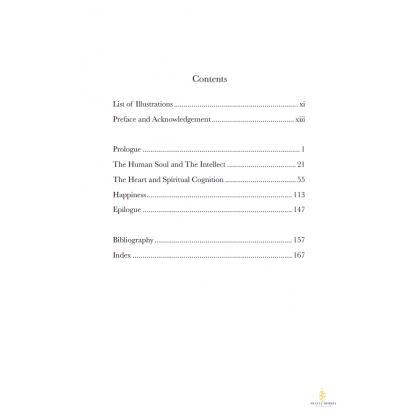 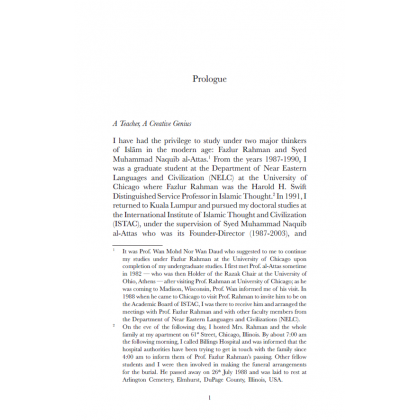 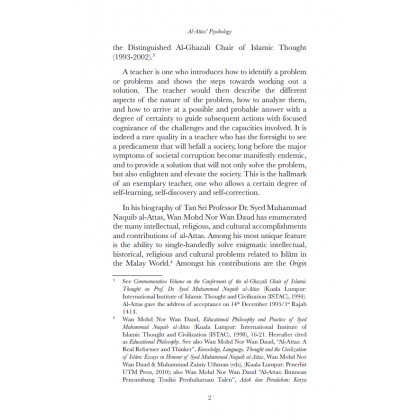 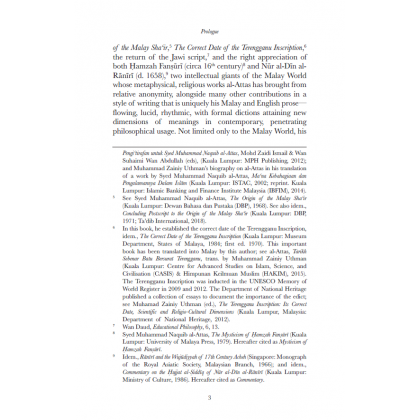 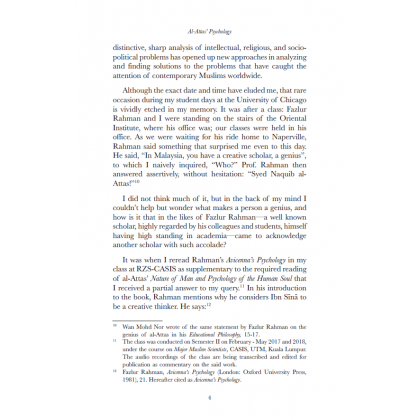 This book looks at al-Attas’ contribution in the reformulation of the concept of the human soul, the intellect, the heart as an organ of spiritual cognition, prophecy, and happiness. Ibn Sīnā’s ability to formulate arguments, develop ideas and weave differing opinions into a fabric of new ideas that presents a new outlook  strikes a remarkable resemblance to al-Attas as can be gleaned from his works. As early as his Some Aspects of Ṣūfīsm as Understood and Practised Among the Malays, followed by his Mysticism of Ḥamzah Fanṣūrī, and later his Commentary on the Ḥujjat al-Ṣiddīq, to cite a few, al-Attas has been consistent in the triangulation of ideas from the faylasūf, the mutakallimūn and the Ṣūfīs on key ideas of philosophy, theology, and metaphysics in Islām; a counter-thesis to the image which more often than not portrayed the three groups of thinkers as mutual adversaries. He has done so not to establish an artificial coherence amongst them and their ideas, but more importantly—and indeed this is quintessentially his—to put major ideas in their proper places, based on hierarchy and benefits to man, to commensurate the ranks and degrees of authorities in knowledge of reality and truth: that is adab towards knowledge.