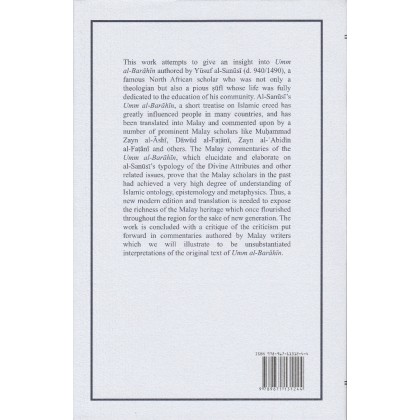 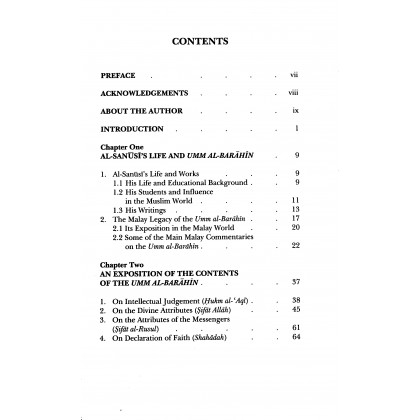 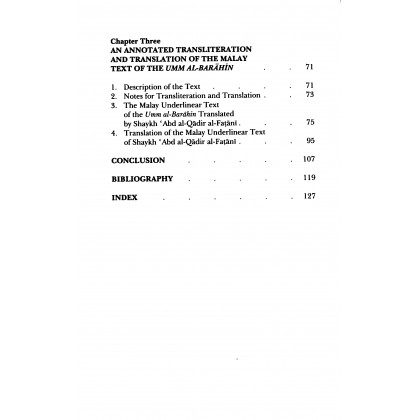 This work attemps to give an insight into Umm al-Barahin authored by Yusuf al-Sanusi (d. 940/1490), a famous North African scholar who was not only a theologian but also a pious sufi whose life was fully dedicated to the education of his community. Al-Sanusi's Umm al-Barahin, a short treatise on Islamic creed has greatly influenced people in many countries, and has been translated into Malay and commented upon by a number of prominent Malay scholars like Muhammad Zayn al-Ashi, Dawud al-Fatani, Zayn al-'Abidin al-Fatani and others. The Malay commentaries of the Umm al-Barahin, which elucidate and elaborate on al-Sanusi's typology of the Divine Attributes and other related issues, prove that the Malay scholars in the past had achieved a very high degree of understanding of Islamic ontology, epistemology and metaphysics. Thus, a new modern edition and translation is needed to expose the richness of the Malay heritage which once flourished throughout the region for the sake of new generation. The work is concluded with a critique of the criticism put forward in commentaries authored by Malay writers which we will illustrate to be unsubstantiated interpretation of the original texts of Umm al-Barahin.