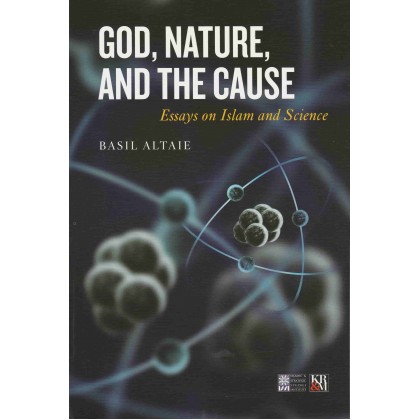 RM88.00
God, Nature, and the Cause: Essays on Islam and Science

God, Nature, and the Cause: Essays on Islam and Science - Kulit lembut

The philosophical conflict of religion and science is one of the most compelling and controversial issues today. Many intellectuals, scholars and philosophers from the West representing Christian and Jewish philosophical traditions have addressed this burning question but little has been heard from their counterparts in the Muslim tradition. What do Muslims have to say on the subject, and what is the relationship between modern scientific developments and Muslim belief? What is the Islamic tradition of Kalam, and does it have anything to contribute to modern science and philosophy? These are some of the critical questions addressed by Basil Altaie in his latest book God, Nature, and the Cause: Essays on Islam and Science.

Altaie, physicist and philosopher rooted in classical Islamic theology, argues that the Kalam tradition--Islam's deepest philosophical expression--provides a number of insights that can create a greater understanding of modern physics, and reconcile the apparent clash between science and religion. In this riveting set of essays, Altaie takes us from the early circles of Mu'tazili and Ash'ari Kalam, to the universities of Western Europe, in a critical survey that engages thinkers like Al-Ash'ari, Al-Ghazali, Ibn Sina, Aristotle, Newton, Einstein, Stephen Hawking, Laplace, SchrOdinger, and others. This is an unprecedented and fascinating study, available in English for the first time through Kalam Research & Media.

This book provides an important resource for practitioners of philosophy, science, and theology, and offers an invaluable and timely contribution on Islam and its interaction with modern science.