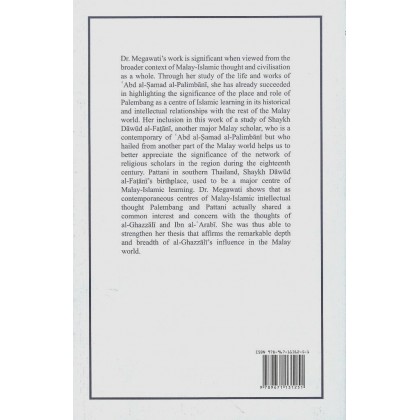 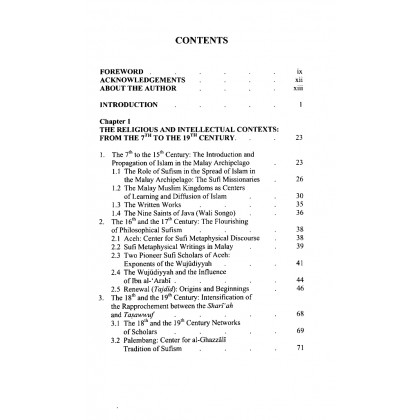 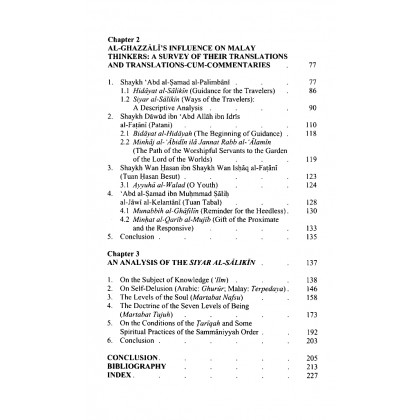 Dr. Megawati's work is significant when viewed from the broader context of Malay-Islamic thought and civilization as a whole. Through her study of the life and works of ʿAbd al-Ṣamad al-Palimbānī, she has already succeeded in highlighting the significance of the place and role of Palembang as a centre of Islamic learning in its historical and intellectual relationships with the rest of the Malay world. Her inclusion in this work of a study of Shaykh Dawud al-Fatani, another amjor Malay scholar, who is a contemporary of ʿAbd al-Ṣamad al-Palimbānī but who hailed from another part of the Malay world helps us to better appreciate the significance of the network of religious scholars in the region during eighteenth century. Pattani in southern Thailand, Shaykh Dāwud al-Fatani's birthplace, used to be a major centre of Malay-Islamic learning. Dr. Megawati shows that as contemporaneous centres of Malay-Islamic intellectual thought Palembang and Pattani actually shared a common interest and concern with the thoughts of al-Ghazzālī and Ibn al-ʿArabī. She was thus able to strengthen her thesis that affirms the remarkable depth and breath of al-Ghazzālī's influence in the Malay world.