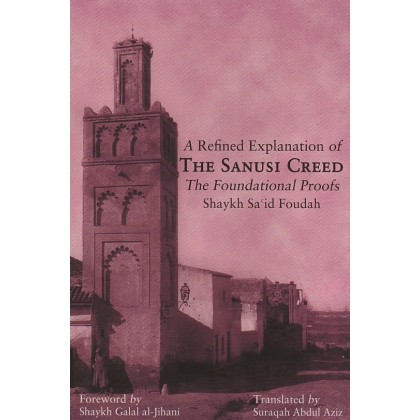 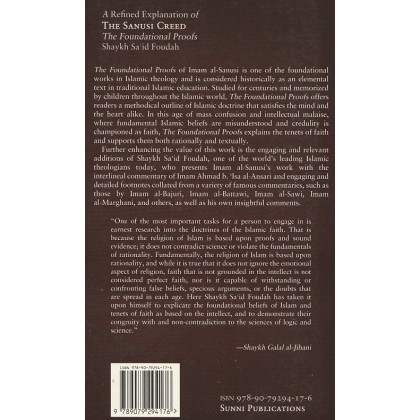 RM80.00
A Refined Explanation of The Sanusi Creed : The Foundational Proofs

A Refined Explanation of The Sanusi Creed : The Foundational Proofs - Softcover

The Foundational Proofs of Imam al-Sanusi is one of the foundational works in Islamic theology and is considered historically as an elemental text in traditional Islamic education. Studied for centuries and memorized by children throughout the Islamic world, The Foundational Proofs offers readers a methodical outline of Islamic doctrine that satisfies the mind and the heart alike. In this age of mass confusion and intellectual malaise, where fundamental Islamic beliefs are misunderstood and credulity is championed as faith, The Foundational Proofs explains the tenets of faith and supports them both rationally and textually.
Further enhancing the value of this work is the engaging and relevant additions of Shaykh Said Foudah, one of the worlds leading Islamic theologians today, who presents Imam al-Sanusis work with the interlineal commentary of Imam Ahmad b. Isa al-Ansari and engaging and detailed footnotes collated from a variety of famous commentaries, such as those by Imam al-Bajuri, Imam al-Battawi, Imam al-Sawi, Imam al-Marghani, and others, as well as his own insightful comments.

"One of the most important tasks for a person to engage in is earnest research into the doctrines of the Islamic faith. That is because the religion of Islam is based upon proofs and sound evidence; it does not contradict science or violate the fundamentals of rationality. Fundamentally, the religion of Islam is based upon rationality, and while it is true that it does not ignore the emotional aspect of religion, faith that is not grounded in the intellect is not considered perfect faith, nor is it capable of withstanding or confronting false beliefs, specious arguments, or the doubts that are spread in each age. Here Shaykh Sa`id Foudah has taken it upon himself to explicate the foundational beliefs of Islam and tenets of faith as based on the intellect, and to demonstrate their congruity with and non-contradiction to the sciences of logic and science." -Shaykh Galal al-Jihani